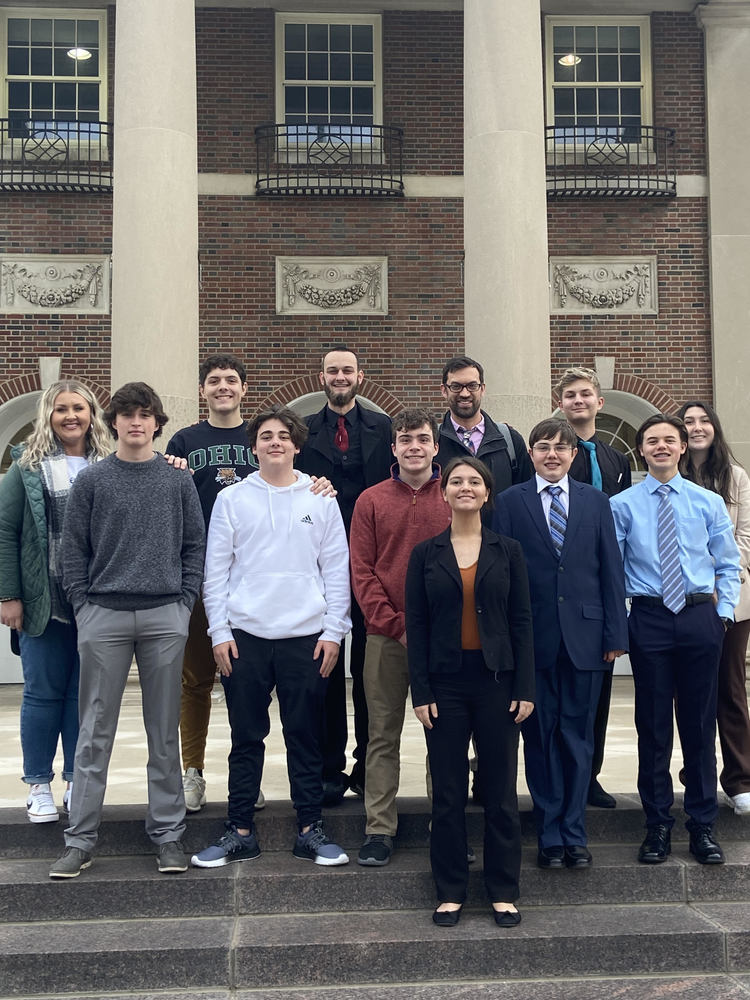 The Valley HS Mock Trial team competed in the University of Cincinnati Mock Trial Invitational on Sunday, January 8th.  There were 20 teams competing from all over the state of Ohio.  The Valley team did well in their trials and Kason Bauer even won an award for Best Witness! 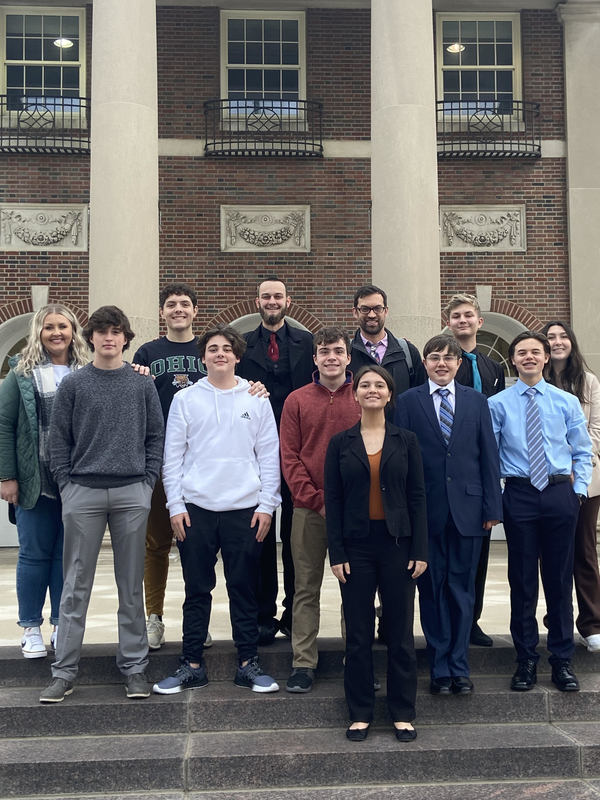 The Prosecution team consists of lawyers Jake Meeker and Maggie-Mae Clark and witnesses Kason Bauer and RW Cochran.  The Defense team is composed of lawyers Micah Bradshaw and Marcus Franke with Bryce Greene and Nathan Cooper playing the roles of witnesses.  Travis Thompson is the bailiff and timekeeper as well as witness understudy and Miriam Phipps is a lawyer understudy.  Adrienne Buckler is the legal advisor and Dan Kauffman is the coach.